Late this afternoon I finished reading John Carlin’s Playing the Enemy: Nelson Mandela and the Game That Made a Nation (later re-released as Invictus) and then took a walk around the neighborhood with Zippy and Emma. As we walked past the home with the enormous pickup truck parked in front, the enormous truck with a TRUMP / PENCE sticker in the window, I fought my daily urge to throw a brick through that window.

And then I remembered the magic Nelson Mandela wrought in South Africa. After being unjustly locked away in prison for twenty-seven years, Mandela’s heart and mind were still open wide. He paved the way for blacks and whites to reconcile their anger and their guilt so they could become one. One Team, One Country. He helped blacks and whites unite around the Springbok rugby team as it went on to win the World Cup in 1995. Over and over, Mandela’s instincts and generosity of spirit helped everyone, black and white, become their better selves. It’s an extraordinary story and book, and I highly recommend reading it.

It’s hard to admit that within minutes of finishing Playing the Enemy, I wanted to inflict my red-hot anger on the person who keeps that sticker on his truck. Instead, I’d like to keep in mind what Desmond Tutu’s friend said about the day South Africa united around the Springbok victory: “The great thing about everything good that has happened is that it can happen again.”

Time to cultivate my better self.

Here are two books I read and greatly enjoyed this week:

Sheila Turnage’s THREE TIMES LUCKY is a fun romp filled with twists and turns. Cece Bell’s EL DEAFO is a funny and heartfelt graphic novel about the author’s elementary school years wearing the hearing aid that gave her superpowers.

I highly recommend these gems published in 2012 and 2014. (Yes, I’m woefully behind in my reading. You know what they say: so many books, so little time.)

Am very sad now.
First, the story got to me
then I read update.

Writing a good novel is hard work. But writing a good early chapter book is even harder because there are fewer words to establish setting, characterization, humor and emotions, and plot. Kara LaReau’s new book THE INFAMOUS RATSOS hits all those marks (with a big assist from the illustrations by Matt Myers!) 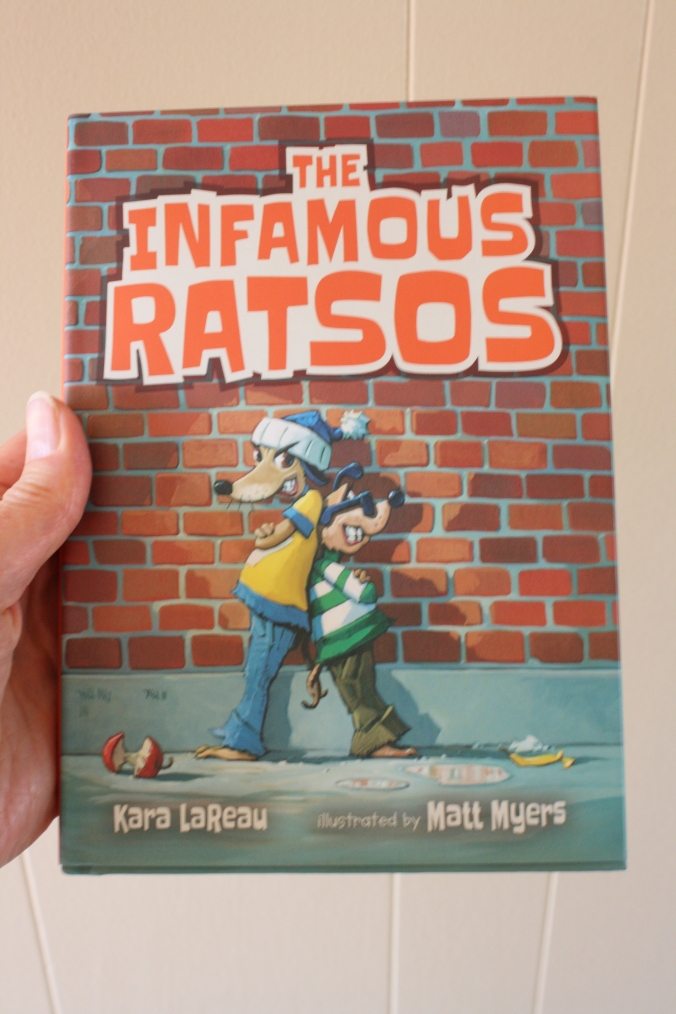 From the inside flap:
Meet Louie and Ralphie Ratso, two brothers who want to be tough, tough, tough, just like their dad, Big Lou. But every time they try to show just how tough they are, the Ratso brothers end up accidentally doing good deeds instead. What’ll Big Lou do when he finds out they’ve been acting like softies all over the Big City?

From Kara LaReau and Matt Myers, here is a clever and funny new chapter book about two wannabe infamous brothers who are bad at being bad.

I laughed in a bunch of places but especially loved whenever Ralphie Ratso tossed out another “Nyah-nyah!” in hopes of establishing his “tough” cred.

I highly recommend getting your hands on a copy of THE INFAMOUS RATSOS . Do yourself a favor and bring some heart and humor into your day, Ratsos style! 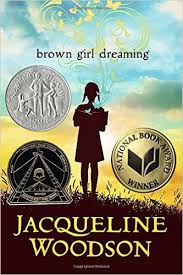 Good literature is supposed to help us better understand others and ourselves. BROWN GIRL DREAMING bridged the divide to do exactly that.

Because I’m always way behind regarding books, movies, and television shows (I tend to get around to watching stuff during the third season or, more often, after the series finale), I just finally read THE GOLDFINCH by Donna Tartt.

In case there’s anyone out there more behind the times than me, THE GOLDFINCH won the Pulitzer Prize for Fiction in 2014. It’s Donna Tartt’s third novel and weighs in at 771 pages (296,582 words).

I really liked this book. While it felt overwritten in places, it absolutely held my attention. I cared about thirteen-year-old Theo Decker, and continued to care about him as his story spanned the next fourteen or so years of his life. I learned interesting things about antiques and Dutch painters and the body’s capacity for drug and alcohol abuse. This story drew me in so much that I neglected my own writing for several days. I told Zippy that reading THE GOLDFINCH felt like one of my Netflix binges.

When I finished it yesterday, I went online to see what the reviewers thought. There were lots of strong opinions. Apparently, The New York Times reviewer and Stephen King both wrote positive reviews. I know this because I read part of a Vanity Fair article analyzing the entire spectrum of literary criticism aimed at THE GOLDFINCH. What really caught my eye was this (emphasis mine):

“Its tone, language, and story belong in children’s literature,” wrote critic James Wood, in The New Yorker. He found a book stuffed with relentless, far-fetched plotting; cloying stock characters; and an overwrought message tacked on at the end as a plea for seriousness. “Tartt’s consoling message, blared in the book’s final pages, is that what will survive of us is great art, but this seems an anxious compensation, as if Tartt were unconsciously acknowledging that the 2013 ‘Goldfinch’ might not survive the way the 1654 ‘Goldfinch’ has.” Days after she was awarded the Pulitzer, Wood told Vanity Fair, “I think that the rapture with which this novel has been received is further proof of the infantilization of our literary culture: a world in which adults go around reading Harry Potter.”

Again, it’s quite possible I’m late to the party here (I know that dissing children’s literature is fairly common.) But his comments are very interesting in light of a book I read last night right before going to sleep.

LEROY NINKER SADDLES UP is 90 pages long and contains 5,972 words.

I loved this little book. I cared about Leroy Ninker and his horse Maybelline. And as with THE GOLDFINCH’s secondary characters, I got a very good sense of the people in Leroy’s life. I understood who they were and what they were about. Leroy’s character arc was complete and satisfying, and I rooted for him the whole way. I was engaged in his struggles and kept turning the pages to find out what happened next. Kate DiCamillo made this possible in fewer than 6,000 words.

Adult literature is one thing and children’s literature is another separate entity, except when its not. The truth is, they’re both about story. And sometimes you need 300,000 words to tell that story and other times only 6,000. All that should matter is whether it’s done well.