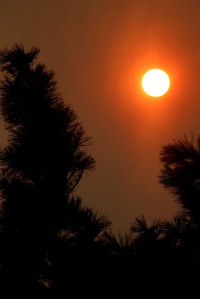 What is the use of a house if you haven’t got a tolerable planet to put it on?     ~ Henry David Thoreau

Zippy took this photo last month and while today’s air quality isn’t nearly so orange, I’m not spending any time outside. The local air quality index reads “Unhealthy for sensitive groups.” I’ll go out on a limb and say I think this translates to “the air is unhealthy for everyone and everything.”

Exceptionalism?! All over the United States, people are hiding indoors to escape the ravages of the climate crisis. And our elected officials don’t care, so it’ll only get worse.

Nature will bear the closest inspection.
She invites us to lay our eye level with her smallest leaf,
and take an insect view of its plain. ~ Henry David Thoreau 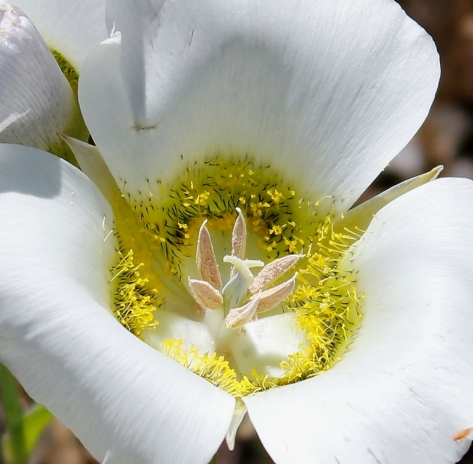 The finest workers in stone are not copper or steel tools, but the gentle touches of air and water working at their leisure with a liberal allowance of time.       ~ Henry David Thoreau

It’s not what you look at that matters, it’s what you see.
~ Henry David Thoreau

Today I choose to see an insect that inspires awe and a little bit of fear every time I look into its bulgy eyes as it slowly and hypnotically waves its front legs.

Is there anything trippier than a praying mantis?

Every creature is better alive than dead,
men and moose and pine trees,
and he who understands it aright will rather preserve its life than destroy it.
~  Henry David Thoreau

Over the past weekend, we were in the Sangre de Cristo Mountains. My two sons, Wildebeest and Zebu, got into a lively debate over running ability and were finally coerced by those sick of listening to that debate into running a short race. While their uncle got ready at the finish line with his camera to capture their final steps, their father (Zippy) lined them up at the starting line. But just before Zippy shot the proverbial starter’s pistol, he saw a tiny creature on the race course:

After moving the Horned Lizard to safety, the race commenced.

(NOTE: Wildebeest won by a slim margin, pulling a quad muscle in the process. The two agreed to switch “lanes” and run it again, and that time Zebu won by a whole bunch. I’m guessing the Horned Lizard is as happy as the rest of us that the two of them have, at least temporarily, moved beyond that whole running debate.)

Every creature is better alive than dead,
men and moose and pine trees,
and he who understands it aright will rather preserve its life than destroy it.
~  Henry David Thoreau