I add food scraps to the worm bin every weekend which has become a bit of a challenge now that it’s only Zippy and me. When a son or two lived here, there’d be more fruit and vegetable matter for me to chop up for my worm friends. Now I have to search the refrigerator to ensure they have enough to eat during the week.

That’s why when I found a bunch of cilantro past its expiration date today, I was really happy. Slightly slimy cilantro in the drawer? Excellent! Now I didn’t have to rely on feeding the worms a ton of coffee grounds (which the worms love but I sometimes worry hops them up too much). 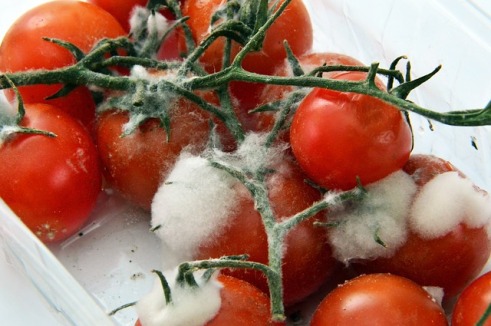 Image by Gábor Adonyi from Pixabay

While I chopped those greens and added them to the cauliflower and zucchini pieces, I thought about how I welcome stuff past its expiration date. Not only furry fruits and rotten veggies, but also coupons. Why? Because expired coupons are a no-brainer: they go into the recycle bin. An expired coupon means one less item in my problematic piles of paper. Straight into the recycle bin. 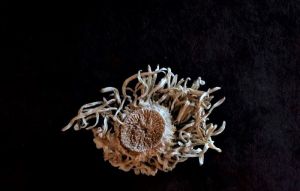 While I’m finishing up my work-for-hire project (hooray!!!), Zippy is out on the patio harvesting our worm compost.  Each time I fed them over the past couple months I’d remark “I need to harvest this stuff. The bin’s getting full.” Well, I never got around to that harvest.

Today’s the day! Zippy wants/needs compost for the seeds he’s about to plant in his vegetable garden so he’s out there utilizing the pile method. Worms are light-sensitive so migrate down in the piles which makes it easier to separate them from the compost.

But it’s still a labor-intensive process and I’m grateful Zippy has tackled the project. However, I’m feeling a bit left out. Solution? As I work on my manuscript I take breaks to go down and say hello to my worm friends. Here’s a mess o’ worms that were hanging out inside an avocado peel:

And here’s an adult and a younger worm that patiently allowed me to hold them for a moment before I headed back to my writing project:

Soon after starting my vermicomposting bins, I also began using fly catchers. Bell jars with a couple inches of red wine and a funnel duct-taped in the opening. One downstairs next to the worms and one upstairs on the kitchen counter. Fly activity has been low and the wine developed a layer of mold that I thought would make for a trippy photo. I took it outside to photograph it and as I aimed the camera at the jar, sudden movement caught my eye.

A fly was running across the mold. It got up next to the glass and pawed at it as if trying to find a way out. I felt really, really bad. As soon as I’d finished taking the pictures, I released the fly from the trap.

You know what’s better than two pairs of Danskos? Two boxes of vermicompost! 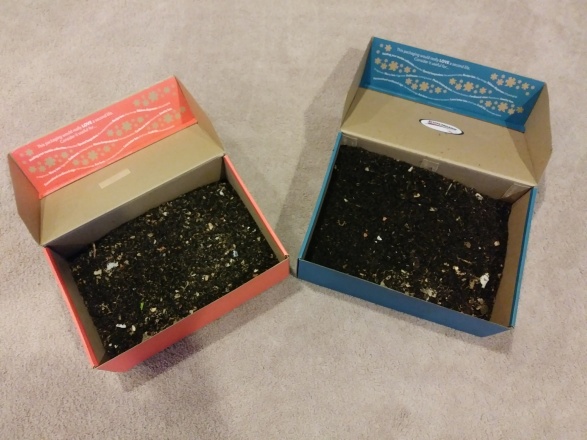 I just finished harvesting the worm castings from my two worm bins. It’s the first time I’ve had to do that since starting the bins in mid-February. It took me a loooong time because of that whole learning curve thing. Fortunately, the second bin went more quickly. Still, I made a very big mess.

But now I have a whole bunch of this potent stuff: 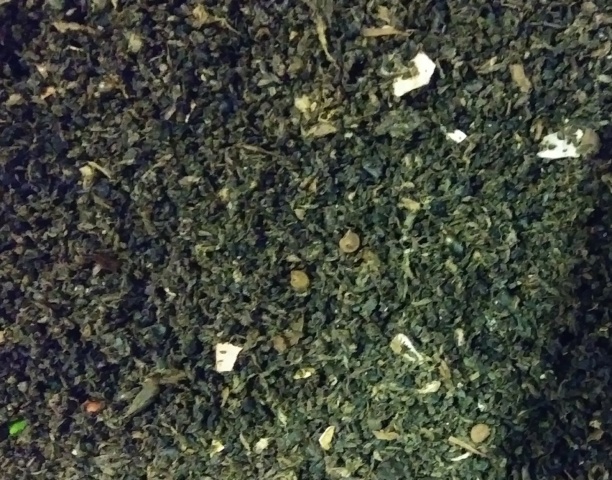 Those two roundish objects in the center of the photo above are cocoons that I missed. Cocoons are future worms, and I’ll get those out and put them in the worm bins before putting the vermicompost in my houseplants.

My whole afternoon was devoted to this process, but I’m feeling prettty damned good about what the worms and I accomplished.

These days there isn’t even the option of pretending not to see the bad things being done to the planet and its inhabitants. Agent Orange and the Billionaires’ Club are taking what was formerly done on the down-low, cranking it up a couple hundred notches, and shoving it in our faces. Anger, anxiety, and despair (just to mention a few) are running high. I’ve made tons of phone calls and sent emails, and while those are important tasks, I’m not feeling overly swell about my influence on Washington, D.C.

Back in mid-December, I blogged about nabbing some free wooden drawers off Craigslist. I wanted them for worm bins. And now, after lots of reading and research, I’m pleased to say Zippy and I have converted some of those drawers into worm bins.

Zippy did all the construction. He drilled holes in the bottoms of the bins and ventilation holes on both sides. Then he lined the bins with shade cloth. 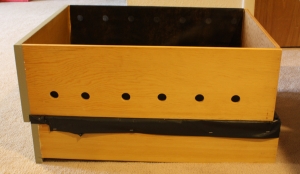 I prepared the bedding using newspaper, phone book, egg cartons, toilet paper rolls, and an ancient newsprint drawing pad that I must’ve brought with me from North Hollywood (via Santa Rosa, Bakersfield, and Anchorage). Yes, I sometimes lean “hoarder.” But hey, isn’t it cool that the worms are benefitting from my issues?! 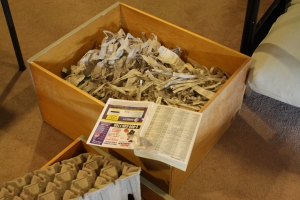 On Saturday, we went to pick up our two pounds of worms from a worm farmer in the Denver area. Unfortunately, I don’t have photographic documentation of our worms’ homecoming because I was focused on getting them out of the cloth sack and into their prepared bins. But here’s a fair representation of what those worms looked like when I released them from the sack:

And here’s a quick and slightly blurry overview of the bin in use (didn’t want to dawdle since worms are light-sensitive): 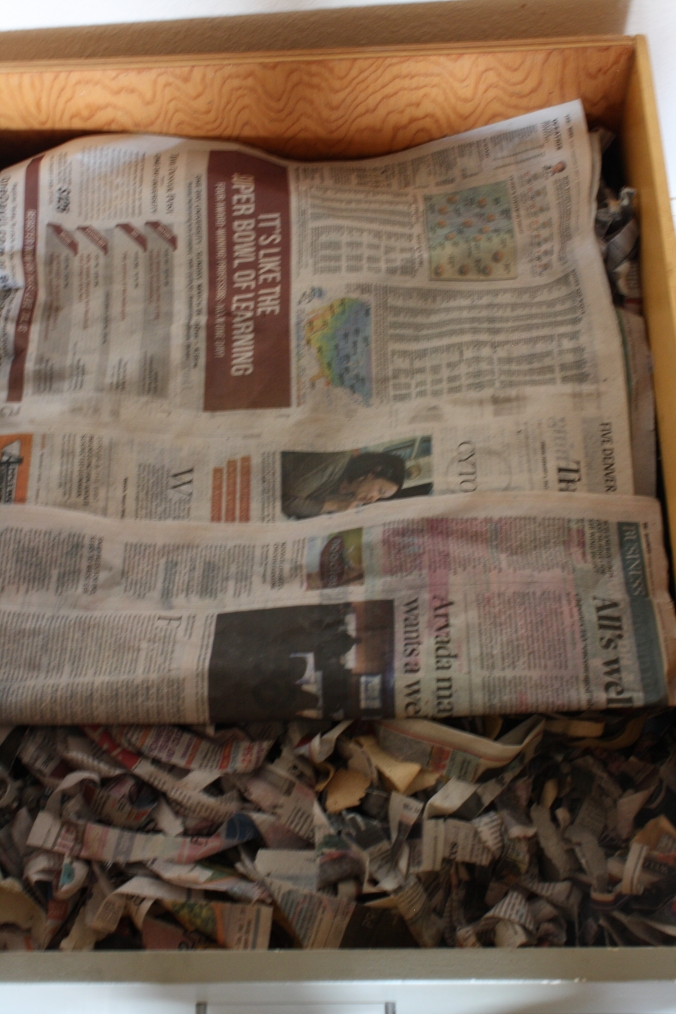 The worms are working away in the damp shredded paper, etc., beneath a damp “blanket” of newspaper. They’re eating our kitchen scraps and their bedding. They’re helping me feel less horrified about my footprint on this planet.

Today the Senate voted to confirm a wealthy, unqualified, anti-public school fundamentalist to head the Department of Education. I had no influence over that vote. I do, however, have control over my worms’ well-being and my household contribution to landfills.