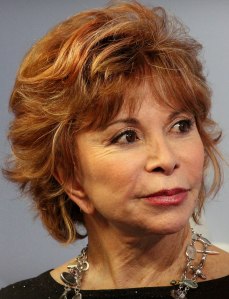 Before the military coup in Chile, we had the idea that military coups happen in Banana Republics, somewhere in Central America. It would never happen in Chile. Chile was such a solid democracy. And when it happened, it had brutal characteristics. ~ Isabel Allende

We’re so confused now, focused on “is he/isn’t he” which gives them time and room to maneuver. They wouldn’t even need the military because there’s an army of white supremacists on standby.

I realize this makes me sound like a conspiracy theorist, a paranoid crackpot. But this isn’t a solid democracy, not by a long shot.