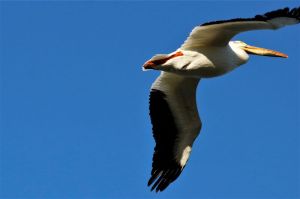 Without the emotion of the beautiful,
the sublime,
the mysterious,
there is no art,
no religion,
no literature.
~ John Burroughs 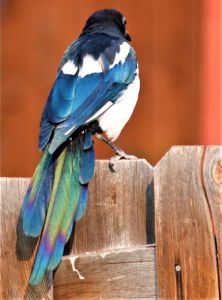 If you’re quiet,
you’re not living.
You’ve got to be noisy
and colorful
and lively.
~ Mel Brooks 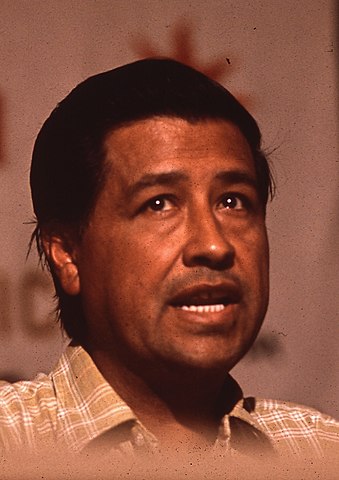 From the depth of need and despair, people can work together, can organize themselves to solve their own problems and fill their own needs with dignity and strength.
~ Cesar Chavez

I spent Saturday and Sunday with about 35 passionate young people dedicated to fighting for a Green New Deal. Our local hub of the Sunrise Movement (Sunrise Colorado) held a training retreat in which national organizers shared strategies to help us in this fight. It was an amazing weekend and I felt SO. MANY. EMOTIONS.

I cried at the beginning when we all shared who and what we were fighting for, and I cried at the closing when we sang together. But I also laughed a ton, learned much, and felt lots of hope for the future.

The Sunrise Movement has already gained much more traction on the climate crisis than I’ve seen in my lifetime. PLEASE consider donating a few dollars to my hub to help us continue this vital work. https://secure.actblue.com/donate/sunriseco

Or if you’d prefer donating to the national movement, you can do so here: https://www.sunrisemovement.org/

Thank you in advance.

The conference stuff continues to marinate in my back-office brain and this afternoon I had a breakthrough on a book idea I’ve been playing with. For a variety of reasons, I haven’t much felt like committing to writing another middle-grade novel. But today’s epiphany gave me a jolt of excitement that I haven’t felt in months. And now I’m seriously contemplating doing NaNoWriMo again this year.

What?! Last year’s experience nearly broke my body from all that sitting and writing, and I wasn’t sure I’d try writing 50,000 words in one month ever again. Which is why I’m thinking a modified version might be better. Something like working at my standing desk to write 1,000 words per day for 50 days. From my perspective, that’s still fast-drafting (and I hope the NaNo police don’t show up at my door to issue me a citation).

I need to ponder this idea, but no matter what I decide I’m grateful to feel excitement again.

Image by Alison Innes from Pixabay

I spent this weekend at the SCBWI-Rocky Mountain Chapter’s fall conference. Two days filled with 240 creative people and lots-o’ conversations. I took copious notes (which became less lucid as the weekend wore on) and felt many pings during motivational keynotes and informative breakout sessions. It was an awful lot of extroverting for an introvert who needs alone-time to refill her well.

On Sunday morning while I was conversing with several women, someone confessed to being at a point of overwhelm. We all agreed it was getting more difficult to process what we were learning. I said, “By the time I left last night, I was almost crying.” A woman replied, “I did cry.”

I’m past the crying stage, but am still refilling my well. I hiked alone this morning and spent some of the day in a patch of sunshine with a middle-grade novel. I’m slowly coming back to myself and hope to resume writing in the next day or so. In the meanwhile, I’m like a candle that burned brightly and is now a slightly different shape/different writer as a result of the experience. 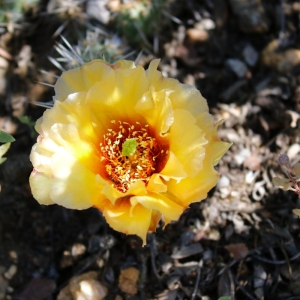 I hope you will go out and let stories happen to you, and that you will work them, water them with your blood and tears and your laughter till they bloom,
till you yourself burst into bloom.
~ Clarissa Pinkola Estes

I’ve mentioned before that I’m usually a one-project-at-a-time kinda writer. It seems my brain and creative juices struggle when I switch focus. BUT. I think it’s a good skill to cultivate, juggling projects, so I bought myself a brand new notebook for a brand new middle-grade novel idea I’d like to noodle on while working on my work-for-hire nonfiction project. If you hear the sound of shrieking gears, that’ll be my brain right before I burst into bloom.

Sometimes, if you aren’t sure about something, you just have to jump off the bridge and grow your wings on the way down. ~ Danielle Steel

“If you suddenly and unexpectedly feel joy, don’t hesitate.  Give in to it.”
~ Mary Oliver 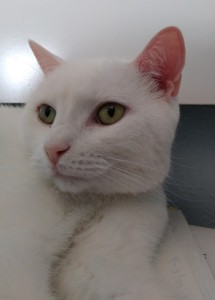 As I get ready to put in time on the work-for-hire project, I turn to my writing muse for inspiration.

Carry me forward, Marcel! Please. There will be happy ear scratches in your future. Promise.

Far away there in the sunshine are my highest aspirations.
I may not reach them, but I can look up and see their beauty,
believe in them, and try to follow where they lead.
~ Louisa May Alcott

I’ve been at the Letters & Lines Conference which is the annual conference of the Rocky Mountain Chapter of SCBWI (Society of Children’s Book Writers & Illustrators). I didn’t attend the conference for the past four years and so it was very nice to catch up with old friends while also making new connections. Highlights of the weekend were inspirational keynote speeches by Laurie Halse Anderson who opened the conference and critique partner Claudia Mills who gave the closing speech. Those two women inspired me, challenged me, made me laugh*, and brought me to tears. I’m invigorated and ready to get back to my creative life. Well, probably not today. This introvert is worn out after playing extrovert for so many hours.

But tomorrow? I’m back to my stories.

* I received so many rejections and I earned them the old-fashioned way: by turning in books that sucked. ~ Laurie Halse Anderson

This guy was at the feeder that hangs right outside our living room window.  When I sat to watch him liberate shelled peanuts from the cylinder, he immediately copped an attitude. He was furious that I was interfering with his efforts, and most certainly the chatter aimed at me was profane.

This squirrel’s head about popped off.

I admired him so much. Check out his body language. At first glance, you’d think the guy was chill, focused and absolutely motionless. Except. Note the blurred tail.

That is my goal for today as I tackle my revisions: to work with intense focus while also keeping in constant motion.

Grab the broom of anger and drive off the beast of fear.
~ Zora Neale Hurston

The male muse is an unaccountably rare thing in art.
Where does that leave female artists looking for inspiration?
~ Kate Christensen

Well, I’m a female artist currently working in close proximity to my male muse who is apparently lost in thoughts inspired by his whiteboard-muse. Inspiration comes in many forms.

“I hope you will go out and let stories, that is life, happen to you, and that you will work with these stories… water them with your blood and tears and your laughter till they bloom, till you yourself burst into bloom.”
~ Clarissa Pinkola Estés
Women Who Run With the Wolves: Myths and Stories of the Wild Woman Archetype 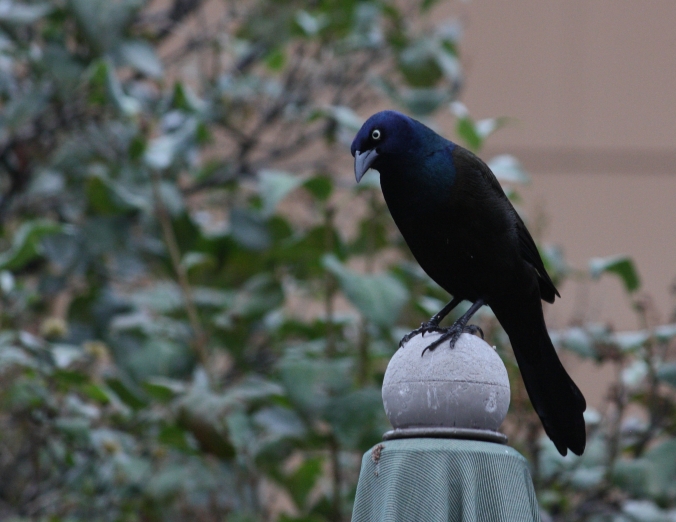 So the darkness shall be the light, and the stillness the dancing.
~  T. S. Eliot 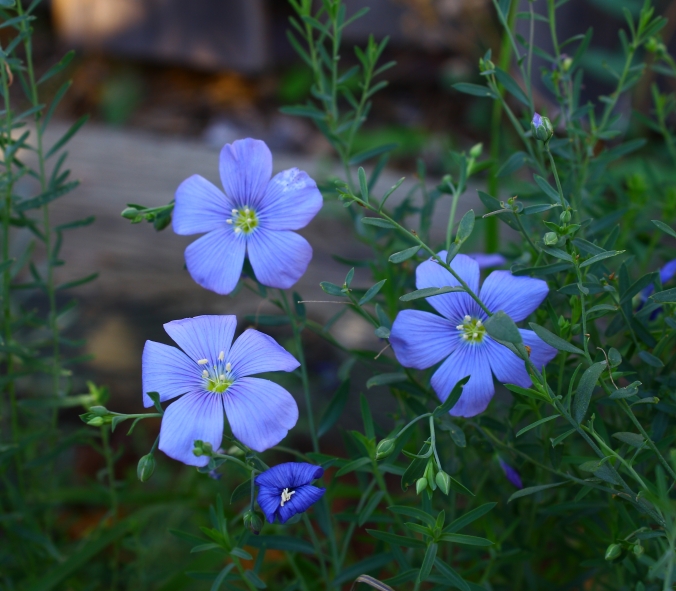 Ugly out there but
beauty is a rebel’s friend.
Must refill the well.

I received texts from family and friends after the election, asking how I was coping with the world’s new Agent Orange reality. I replied, in part, that there was still hope for the future if, out of this debacle, the Democratic party reassessed and became a true party of resistance.

And while the establishment Dems who pushed so hard for a Clinton candidacy are still deeply in denial regarding last week’s beat-down, there are glimmers of hope. People on my Twitter feed who have never, to my knowledge, tweeted anything remotely political or activist, are now engaged in the democratic process. They’re calling their representatives. They’re adding those representatives’ phone numbers to their contact lists. They’re writing letters, signing petitions, and asking others to do the same.

They’re taking to the streets and pushing back.

We have Donald Trump’s ugly authoritarian character to thank for that, and while that might not feel like much right now, it’s a legitimate silver lining.

Image found on Morguefile.com without any identifying info, so if you’re fortunate enough to happen upon this sculpture, please let me know where it is.

The strength and power of despotism consists wholly in the fear of resistance.  ~  Thomas Paine

My 20-year-old son (known here as Zebu), is studying in Sweden this year. He’s been there since the middle of August and has found much to like and admire about that country and other places he’s visited in Europe.

Today we had a lengthy text exchange. My opening message was to ask if he’d already found a Swedish girl to marry so he could remain there rather than coming home to Agent Orange (aka Trump).

Many people have asked if I’m just gonna stay in Europe, admittedly they ask jokingly, but I really thought about that. I feel like it’s almost a requirement that not only I come back but I spend a lot of time fighting back and doing real work. As a white male, my life changes very little. But a lot of people just had their agency put in danger. That’s bullshit for me to leave at this time and allow a steamroll of those who don’t have a soapbox.

I’m not surprised by his attitude. I am, however, very proud to be his mother. 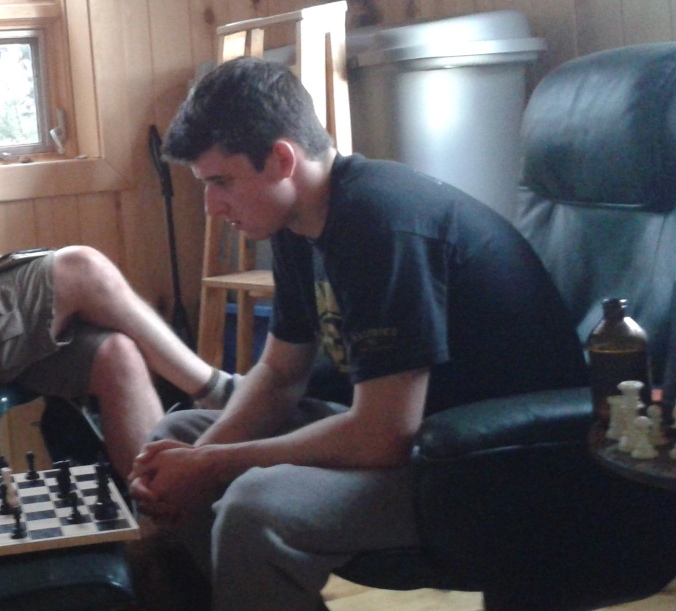 Let’s see how much trouble we can get into this week,
literary or otherwise.

Ever feel like hopping the fence to see what's on the other side? Try it!
You just might find something worthwhile over there.