Zippy and I adopted another dog today.

Can’t really tell from the above photo, but Emma is a whole lot of Corgi. And you know what that means…

Okay, that’s still not a great representation (she’s hard to photograph because she likes to be on the move). But trust me, she’s got an unusual build. Despite her looks, she’s very strong and fast.

Zippy took this next one with his phone which means not-so-great quality. However, even that old phone can’t prevent Zoey’s happiness from shining through. 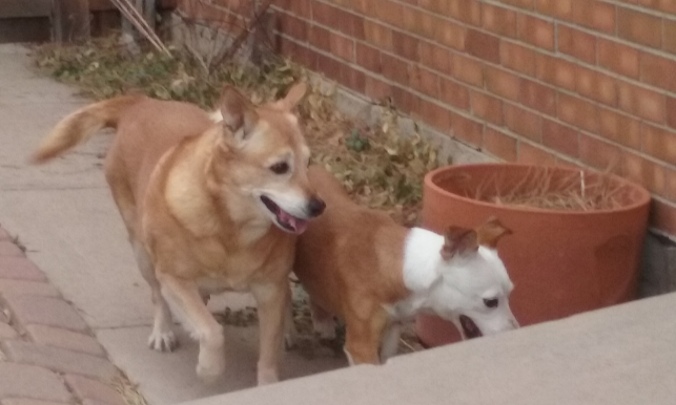 We’re happy to restore the household balance back to 2 humans, 2 cats, and 2 dogs. (Not to mention the approximately 2k worms in the basement.) As for the name “Emma,” it’s growing on me. She’s answered to that name for at least the last year so we’re loathe to confuse her with another. We temporarily floated “Gemma” but Zebu immediately responded to that text with “She’s adorable, but you’re gonna have to change that name.” Wildebeest said “Gemma” reminds him of some psycho female character on Sons of Anarchy.

Emma is starting to sound better and better.