I watched a whole lotta college basketball yesterday and saw some amazing plays. My absolute favorite, though, came in the Michigan – Houston game last night. Michigan was behind 63-61 with 3.4 seconds left. Michigan inbounded the ball and got it to Jordan Poole, a freshman player I’d all game referred to as Shorty Shorts, who threw up a 3-point shot to beat the buzzer.

Here he is just after releasing the ball and then being chased by ecstatic teammates: 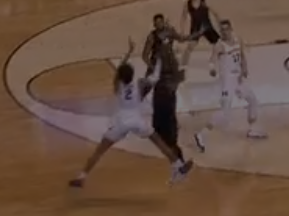 The craziest 3-point shooting form ever. 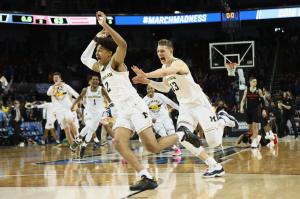 When asked about the unlikelihood of his freshman player who hadn’t scored in the second half making that shot, Michigan coach Jim Beilein said that Jordan Poole has “an overdose of swag.” He said Jordan makes buzzer beaters in practice all the time and that he dreams of making them in games.

Well, that dream came true. And if it took an overdose of swag to achieve it, then sign me up. I’m officially adopting some of that swag.